They say history repeats itself, but there was nothing that could have prepared me for this.

“Your baby is in distress. We are admitting you to the hospital.”

After five miscarriages and after losing my son last year in the second trimester, I was told I would never be able to carry a pregnancy to term. And now, it seemed inevitable that I was reliving the same nightmare.

But this time, something different happened.

Instead of sending me home to “watch and wait” (as a different hospital had done last year), I was admitted into EvergreenHealth by Dr. Daniel Gavrila, MFM. His goal was to keep my son inside me for even a few more weeks, which could drastically improve his chances of survival.

During my weeks in EvergreenHealth’s antepartum unit, I was inspired by the progressive treatments I was offered. Dr. Gavrila recommended a high-protein diet, nightly hydrotherapy baths to enhance placental circulation, and supplements to improve nitric oxide levels, which can help to dilate the vessels and deliver more nutrients to the baby.

Dr. Gavrila’s innovative techniques worked. My baby started gaining weight, amniotic levels improved, and most importantly, we were able to keep him inside for those two critical weeks.

My baby was delivered via a difficult emergency C-section that had doctors scrambling to control my bleeding and safely deliver my son, who weighed a mere 1 pound, 10 ounces.

Thankfully, the NICU (Neonatal Intensive Care Unit) doctors and nurses were right there in the delivery room awaiting his arrival. They worked swiftly and confidently to stabilize my baby. Within seconds, they had him in an incubator that recreates the environment of a mother’s womb, hooked up to tubes and lines that could instantaneously sustain his life, and would help him to breathe and eat for the coming months. 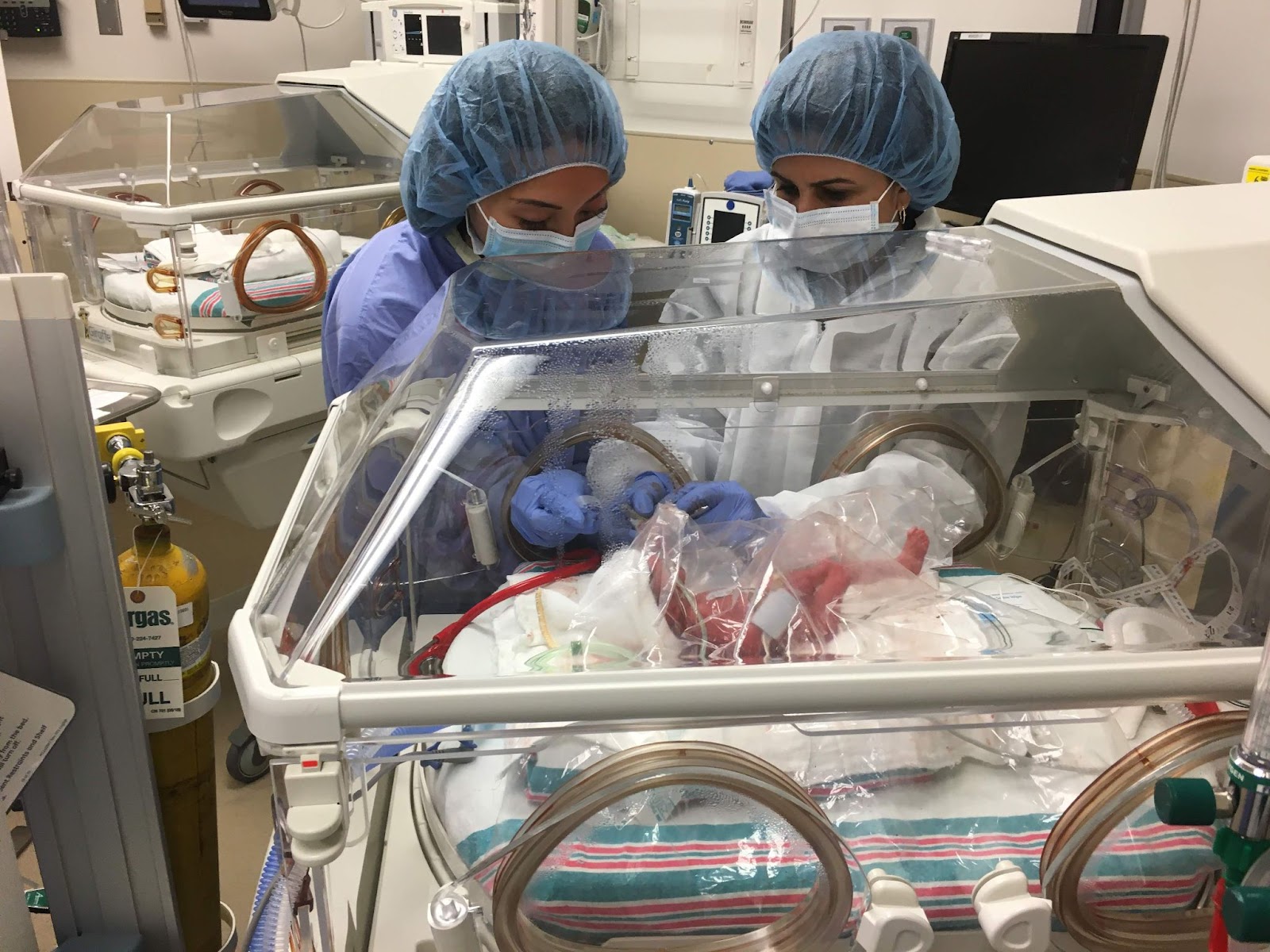 Even in my exhausted and terrified state, I was reassured by the NICU team’s confidence and the sophistication of technology that can keep a one-pound baby alive. I am so grateful for the lifesaving equipment available, and for the doctors, nurses, and technicians who skillfully worked together to save my son’s life.

When I heard his tiny cry, waves of emotion washed over me.

Will he face a life with disabilities?

When can I hold him?

When will we know more?

The NICU staff reassured me that yes, my baby was alive and—so far—stable.

A nurse in the delivery room laid her hand on my shoulder and whispered, “he is a little miracle.” And at that moment, I knew that his name would be Milagro, the Spanish word for “miracle.” We call him Milo for short, and at the time, he was the smallest baby in the EvergreenHealth NICU. 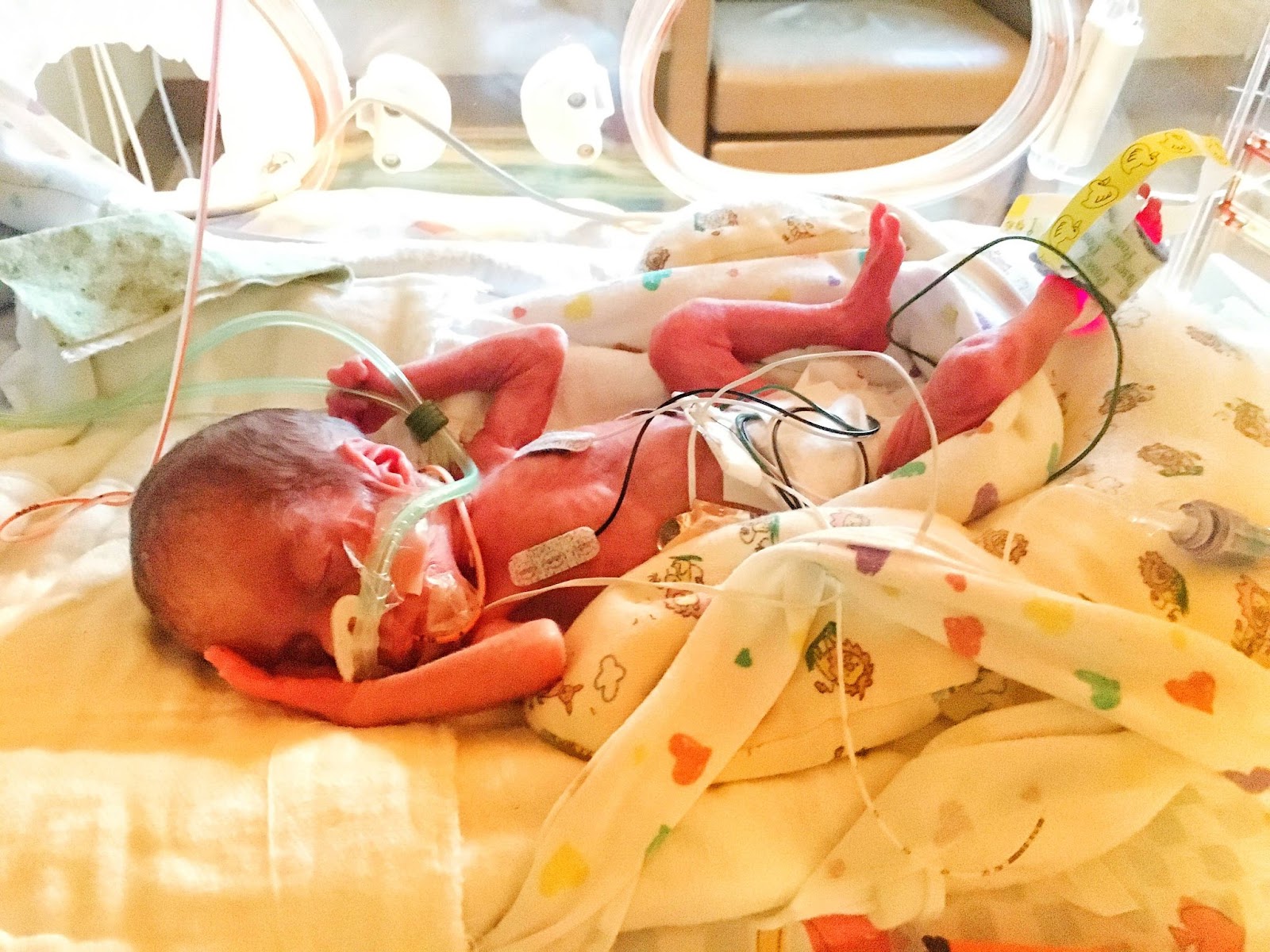 The first week was intense. I was riding an emotional rollercoaster, and my thoughts were dominated by fear and uncertainty.

At first, we were placed in a shared room with another family. I had little privacy during these moments to process my complex and overwhelming feelings. But eventually, we were moved into a single room and invited to stay in-room with Milo. So, I moved into the NICU, where we would live for the next three months. 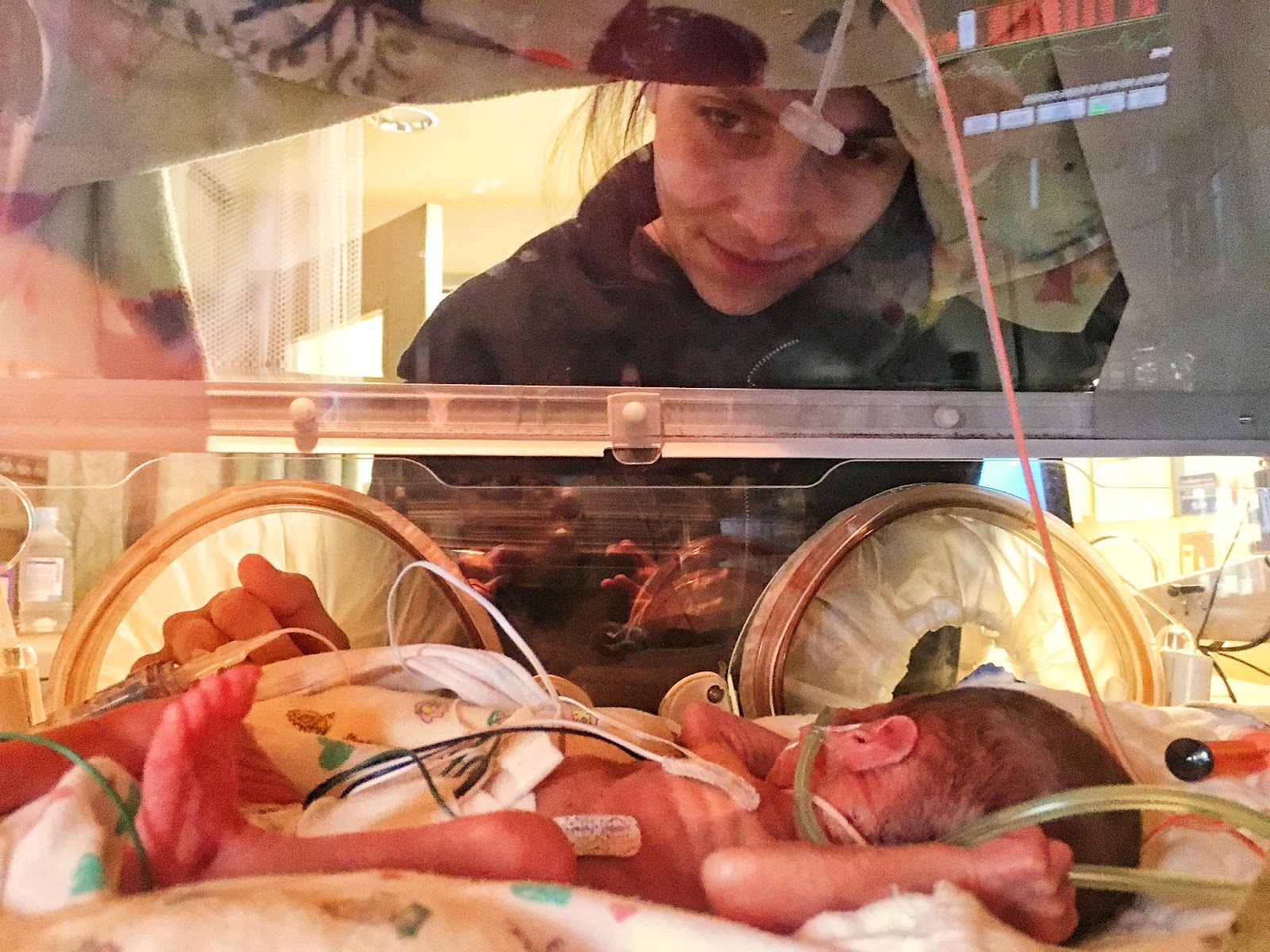 Giving birth to a child so small comes with significant risks. You really don’t know how things are going to turn out. You feel out of control, helpless.

But the EvergreenHealth NICU team was so kind, competent, and encouraging every step of the way, making it possible to remain calm and present for Milo. This support set the stage for him to grow, and eventually, to thrive.

Each day, the doctors would visit and give me an update on how Milo was doing. They made me feel like I was a part of the healthcare team. Treatments were not performed without my consent. If I didn’t understand something, they would patiently and clearly explain what I needed to know in order to make informed decisions. If I didn’t agree with something, I was not made to feel guilty — my opinions were always respected and heard.

Social workers regularly visited to help with confusing insurance details. The NICU lactation consultants taught me how to pump milk and to eventually breastfeed a preemie, which can be very challenging. Respiratory therapists, physical therapists, and several other specialists made regular visits to closely assess every aspect of his development. Volunteers from the Seattle Parents of Preemies group came to offer emotional support. The nurses went above and beyond, teaching me the ins and outs of caring for a preemie, and answering all of my questions as a first-time parent. They took extra time to make decorations for Milo’s room, celebrating each milestone that he achieved. Even the front desk employees became close friends. I was overwhelmed by all the love, support, and care. 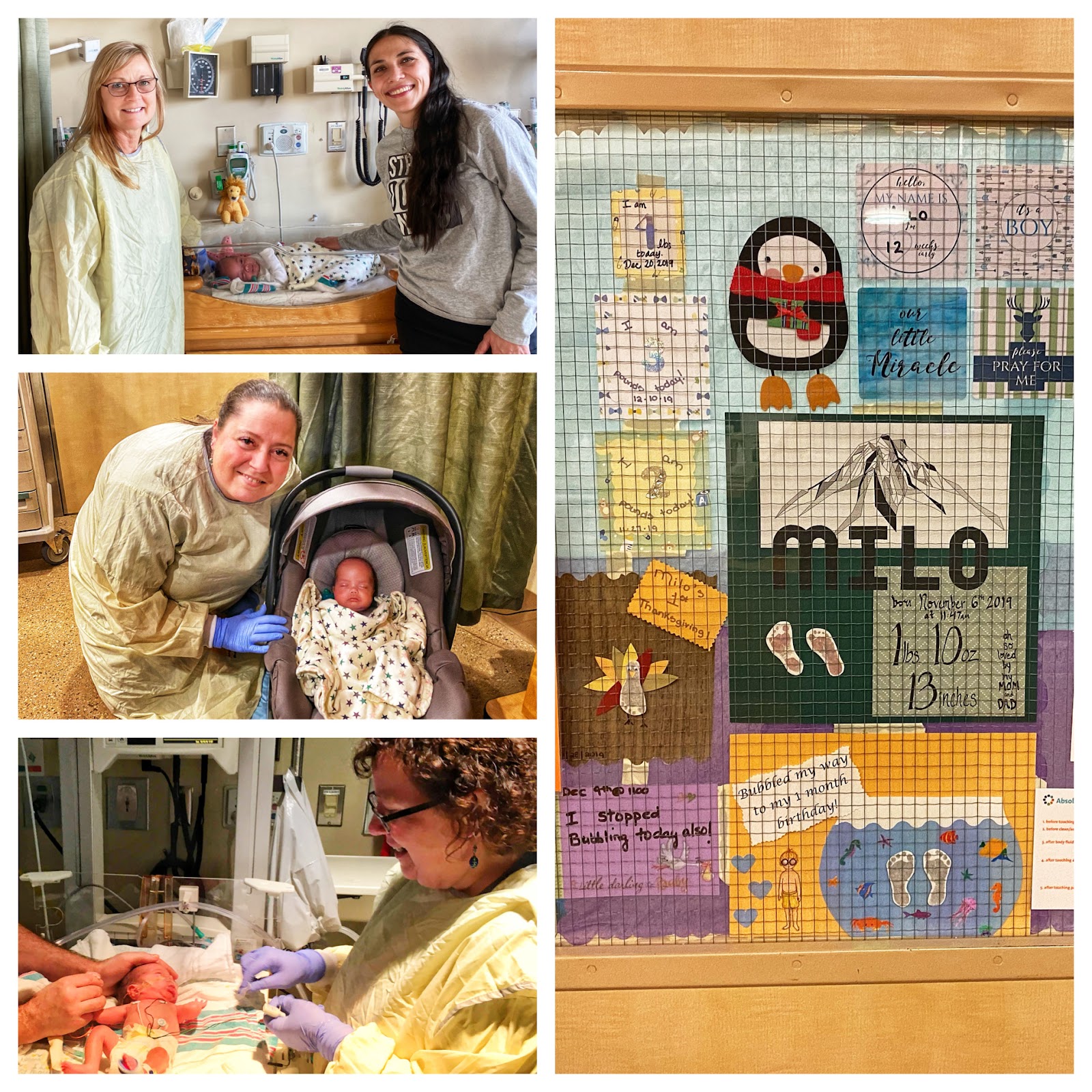 The nurses, doctors, and the entire NICU staff were the light during our time of darkness and the hope that carried us through those challenging and uncertain months.

By the time we left the NICU, we considered them family and will forevermore.

Each day Milo grew bigger and stronger. But as you might expect for a baby born this early, there were a number of setbacks: gastric issues, retinopathy of prematurity (the leading cause of childhood blindness worldwide), a heart murmur, hernias, hydroceles, and daily bradycardia events that sent the nurses running into our room. Every day seemed to bring a new hurdle to overcome. However, each one was met with a plan and an execution that eventually allowed Milo to graduate from the NICU in January of 2020, one month before the COVID-19 pandemic hit EvergreenHealth. 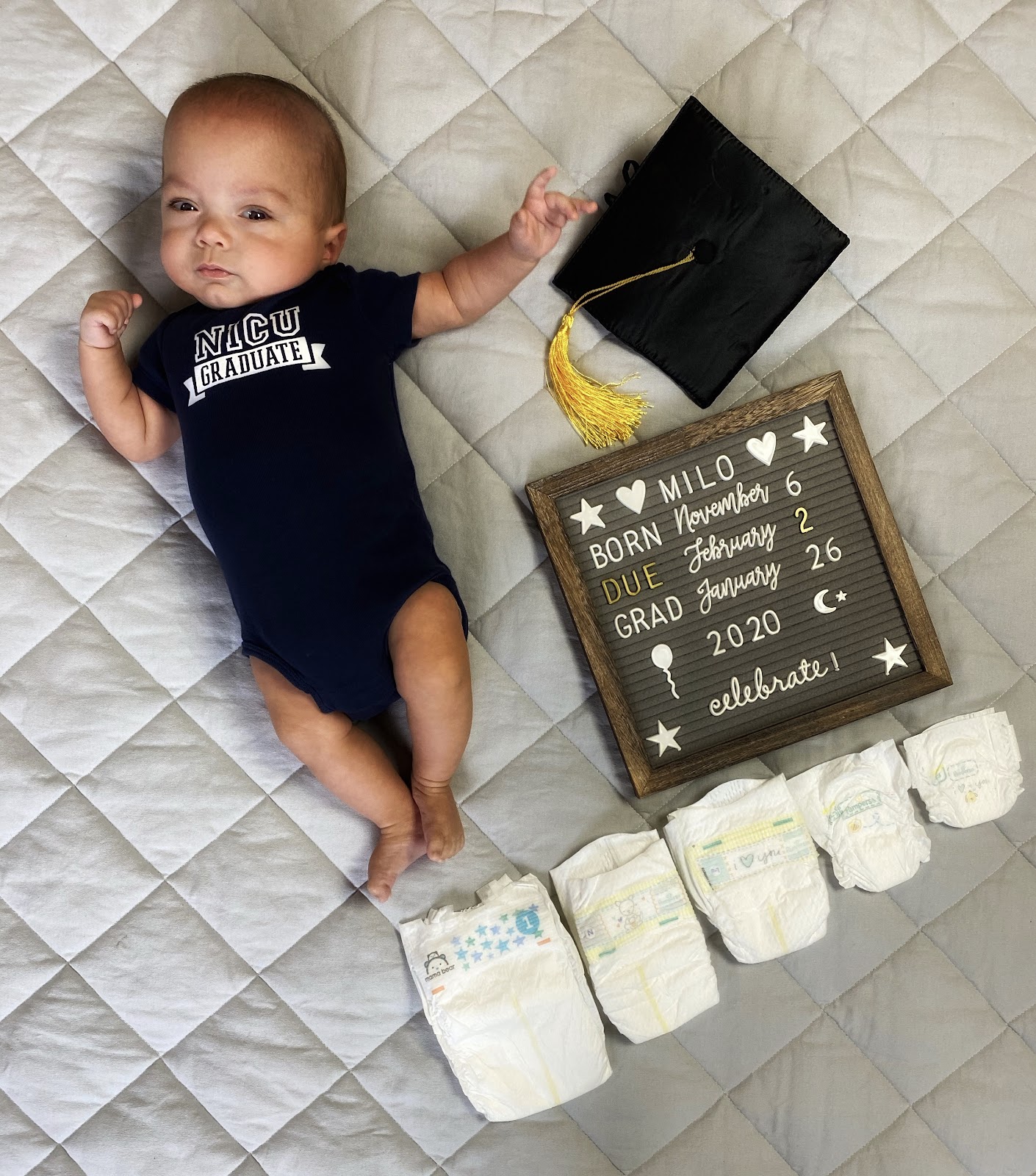 Thank goodness that I refused to listen to those doctors last year who said, “You can’t.” Because at long last, I am blessed to finally have my “rainbow baby,” which is a term that refers to a baby born after miscarriage, stillborn, or neonatal death.

And while Milo is indeed a ‘miracle,’ he is also a testament to the miracle of modern medicine. Without access to the lifesaving equipment in the delivery room and the NICU, I would not have my rainbow baby today. 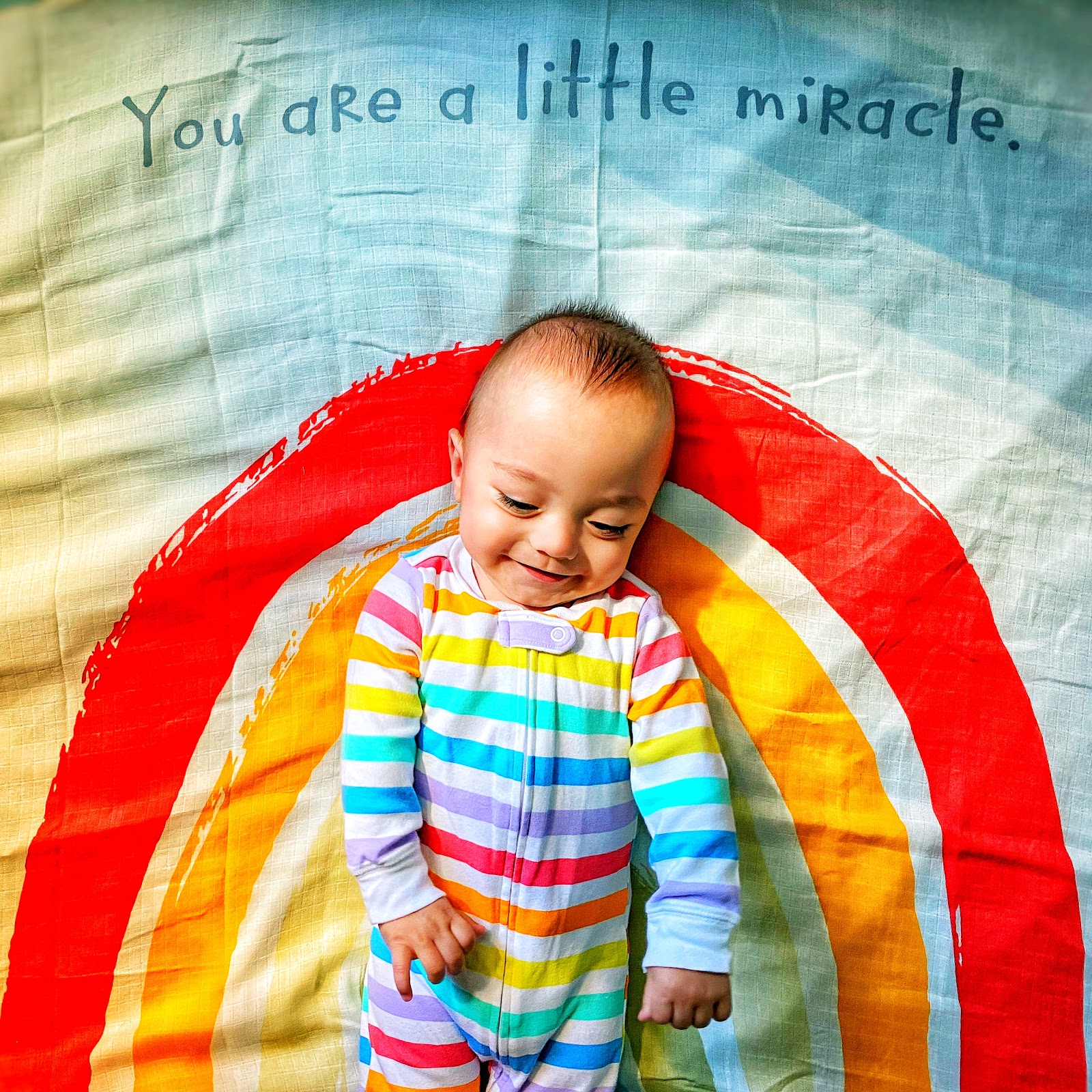 Milo is now 16 months old. He has caught up in growth and is meeting his milestones like a champ. He is walking, eating solid foods, and starting to talk. If you met him, you would never know that he was born three months early, weighing only 1 lb, 10 oz.

I am forever grateful to EvergreenHealth for giving my story a happy ending.

The most common causes of neonatal death are premature birth and low birthweight — exactly how Milo was born. It’s shocking that in the year 2019, preterm birth affected one of every ten infants born in the United States.1

The first minute after birth is known as the “Golden Minute,” and it can have dramatic implications for long-term outcomes. For babies with risk factors, the Golden Minute is even more critical and can determine a child’s future prognosis.2

I cannot imagine how the situation would have turned out if my doctors did not have access to the equipment that kept my son alive during those critical minutes.

I’m lucky that I was placed into a delivery room equipped to handle him. Tragically, not all delivery rooms carry the same capabilities.

The number of childbirth complications requiring emergency intervention has increased by more than 45% since the year 2006.3 Many delivery rooms are ill-equipped to handle these rising numbers.

Stabilization and resuscitation equipment is needed in every single delivery room to give doctors the tools they need to save these children’s lives during those crucial golden minutes.

Every year, upwards of 15% of babies born in the U.S. require a stay in the NICU.4 With these numbers on the rise, NICU facilities are being forced to expand.

No parent should ever leave a hospital empty-armed and brokenhearted because of a lack of resources. And no family should ever be turned away from a NICU due to lack of accommodations.

Today, you have the opportunity to give someone’s story a happy ending.

Your donation will change the lives of future mothers like myself, helping to bring our miracle rainbow babies into this world.

Thank you so much for taking the time to read my story, and for making a life-changing donation today.

Please join me in supporting the 2021 Evergreen Gala and visit www.give.evergreengala.org to learn how to show your support on April 24, 2021. 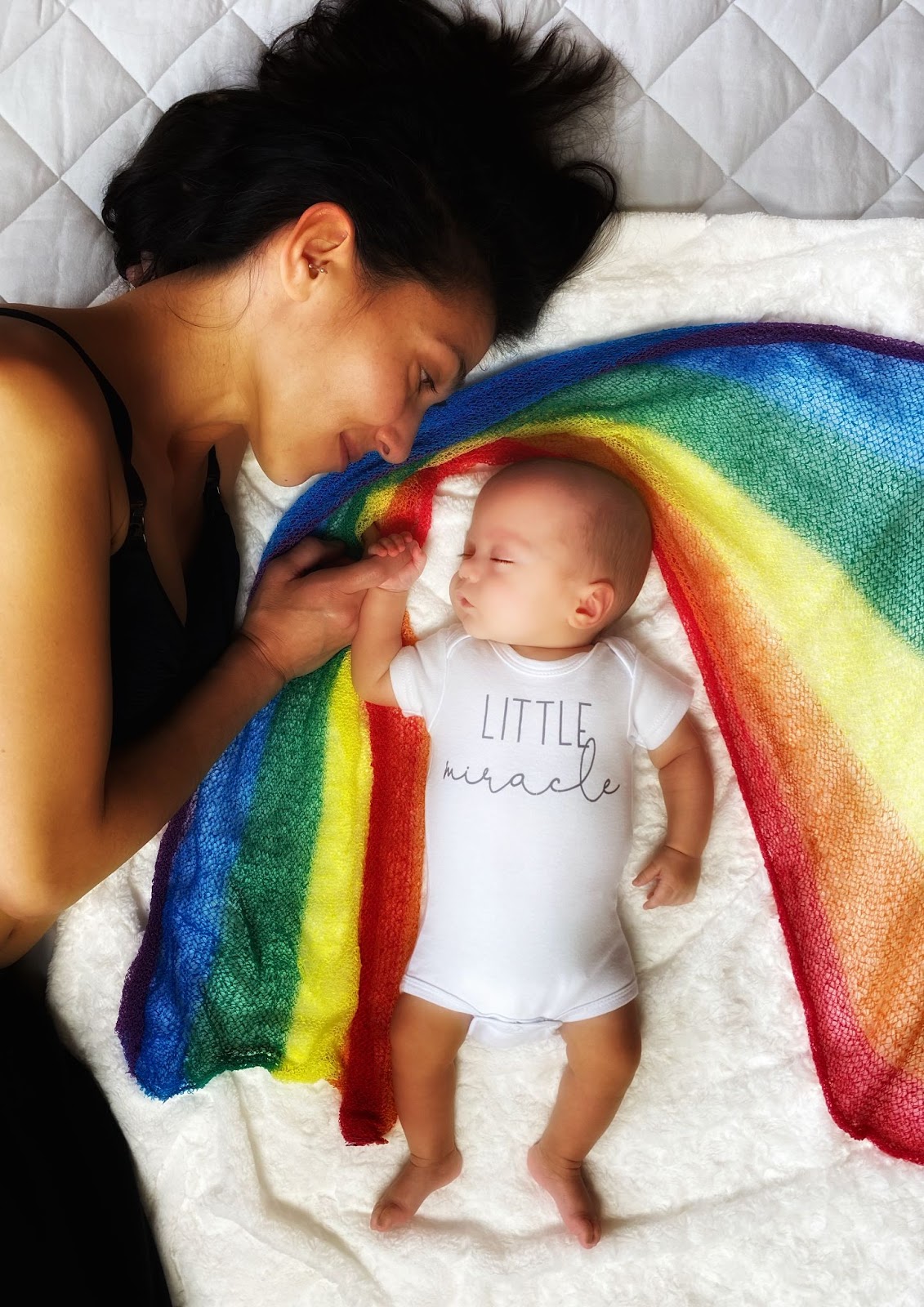